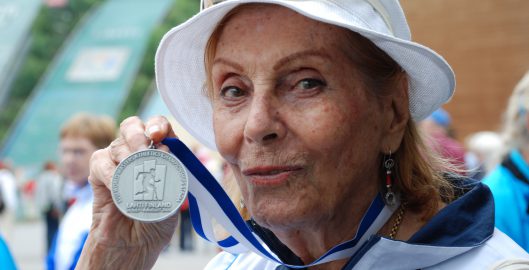 In my theatrical documentary AUTUMN GOLD, Gabre was one of the five main characters. Her high age was rather marginal to her. Whenever she went off to train the senior citizens at the local gym, she referred to them as “the older people” – although she could have well been their mother.

I am very sad that she is gone but at the same time very grateful that I had the privilige to meet her. With her Italian charm, sharp mind and great sense of humour, she put smiles on festival and cinema goers as well as TV viewers all around the world.

Your “German grandson” (as you used to say)